Social Media Rewind 2020 - How this year impacted our Society?

YouTube has canceled Rewind 2020 so we decided to fill the gap by remembering the year through the lens of social media.

I don’t think we need to talk about the year 2020 anymore. “Unprecedented”, “Disruption”, you get the gist. But how did it impact social media and society overall? Let’s have a look.

A microbe, invisible through the naked human eye, completely changed our daily routine. This led to millions of people losing jobs. From flights to movie theaters, everything came to a halt. Businesses, especially small mom and pop shops, were forced to go out of business.

Understanding the dire need for employment among people across the globe,  LinkedIn launched a feature called Open to Work which highlighted profiles who were seeking employment on the platform.

Open to Work frame highlighting the person is currently looking out for opportunities on LinkedIn.   Image Source: LinkedIn Help

Instagram also stepped in to revive the economy. They launched a feature to Support Small Business - encouraging users to buy from small businesses and help them get through these difficult times.

The feature is a sticker wherein users can tag the business profile and it displayed three images from that profile - showcasing the product or service they are offering.

One of the main advantages of this feature is that once the story is uploaded by a user using this sticker, it also gets uploaded on a shared story, as shown in the third screenshot in the above image. The story is then viewed by other users. This increases the reach of the story, leading to an increase in visits to the business profile.

Glad to see that social media platforms are leveraging their reach during these distressing times and supporting people all across the globe.

Users to the Rescue

Many small businesses were affected due to lockdowns and lack of footfall to physical stores. One such incident happened in India where a Food Blogger and Instagram Influencer named Gaurav Wasan posted a video about an elderly couple cooking food at a stall named “Baba ka Dhaba” but they were unable to sell the food. The couple was seen crying in the video with a huge quantity of food prepared but no one to eat them.

Image from the viral video where the elderly couple is seen crying as no one is there to eat the prepared food. Image Source: Gaurav Wasan’s Instagram Account

The video went quite viral within a few days and gained attention from well- known Indian personalities. The video gained 30 million views on Instagram and Gaurav Wasan grew his following from 26K to nearly 180K on Instagram. A couple of days later, never-ending queues were spotted in front of the food stall. 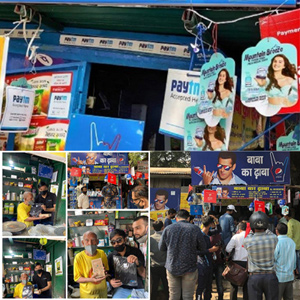 From empty stalls to huge lines in front of the food stall of ‘Baba ka Dhaba’ . Image Source: Indian Television

Zomato pitched in their support as well by listing them on their website.

Recently, news broke that the funds which were raised initially might not have reached the couple and may have been misappropriated by the influencer himself.

This case study is very inspiring as it shows how social media can be useful to gather people’s support in times of need.

A similar appeal was made in the UAE by the well-known local RJ Kris Fade, for an iconic Pakistani restaurant - Ravi. Ravi restaurant has been in the UAE for decades and due to the pandemic, they were in financial trouble.

Kris Fade talked about this on his show and appealed to his listeners and viewers to visit this restaurant which Kris Fade himself calls it an “institution”. 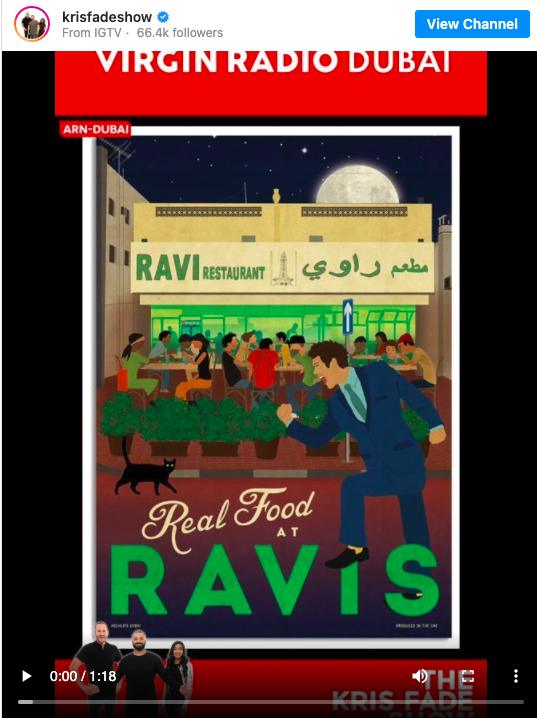 The appeal eventually paid off. Kris Fade called the son of Ravi’s owner and he said that they witnessed one of the busiest nights. The appeal clearly paid off.

Even before 2020 started, the devastation had already begun. Australian Bushfires took place somewhere in December 2019 and wiped a large amount of forest area and destroyed the wildlife. Several celebrities like Leonardo DiCaprio, Ellen DeGeneres, Nicole Kidman, posted about how people can contribute and save the environment.

Facebook Australia Head of Communications, Antonia Sanda, said that nearly USD 50 million were raised through their platform. She also said that the contributions came from more than 75 countries. This clearly shows the impact of social media in financial terms about how can a very small amount from any person can make a massive amount of difference. It’s true what they say - every drop of water makes an ocean.

To launch his new movie, A Life on Our Planet, David Attenborough created his personal Instagram account which broke the record of the fastest 1 million followers on the platform. He gained 1 million followers in 4 hours and 44 minutes!!! (although, Harry Potter actor Rupert Grint, broke this record again this year itself in 4 hours and 1 minute!)

What is also interesting is that David Attenborough has been working since the Black and White era of television, making him one of the very few personalities to join social media platforms from that time and still be relevant among people across three and more generations. No matter which medium it is, the charm of David Attenborough shall remain forever.

“BILL GATES INVENTED COVID-19 SO THAT HE CAN TAKEOVER THE WORLD. HOW CAN SOMEONE WHO MAKES COMPUTERS HAVE IDEA ABOUT DISEASES AND VACCINES”

“THIS CHINESE VIRUS IS INVENTED BY CHINA AS THEY WANT TO DESTROY OUR ECONOMY “ or something like that were the comments all over social media.

Because Bill Gates predicted something like this would happen a couple of years ago in a Ted Talk, social media users took on him and blamed him for the virus.

This is not the first time that fake news on social media went viral. But this made the pandemic even worse as people did not follow the guidelines by the health authorities and fear loomed about the vaccine as and when the trials for it started.

The American leadership also failed to reassure its citizens to wear masks which led to more deaths. Social Media had a role in this too as users started talking about freedom and photos with slogans like “My Body, My Right” went viral amongst people who opposed mask-wearing.

Donald Trump himself came in media and press conferences without wearing masks. A polarized and divided society was further divided and wearing a mask became a political opinion. Brazilian President Jair Bolsenaro also took a similar stance towards COVID-19, making the USA and Brazil having the highest number of COVID-19 cases. Eventually, both these leaders were tested positive for COVID-19.

There is no doubt that this division has been fueled by social media, over the years. The right got more right and the left leaned more towards the left.

But something “unprecedented” happened on Twitter this year - Fact-Checking. Several of Trump’s tweets were flagged and a label was added to it, making it the first such incident of fact-checking in the history of social media for such a powerful person.

Notice the number of retweets and likes on this tweet. This clearly shows how popular he is among his followers, even when his tweets are false.

It will be interesting to witness the effect of fact-checking by tech giants. Whether it tackles fake news or does it curb freedom of speech, a debatable topic in coming years.

Netflix released the documentary,  The Social Dilemma, which focused on how social media algorithms, especially Facebook, Instagram, and Twitter, allow users to have a biased view.

The show featured many top former employees of the big tech and commented on how they are making the platform addictive for the young generation and helping to spread conspiracy theories.

Previously, I stated that the right is getting more right and the left getting more left. This is due to the interest-based targeting and advertising algorithms of these social media platforms. This is exactly what the show highlighted.

Simultaneously, The US Senate also called in the Big Three (Google, Facebook & Twitter). Senators questioned Sundar Pichai, Mark Zuckerberg, and Jack Dorsey about the influence of political opinions in the USA and how social media is helping to spread it.

One of the senators even asked Mark Zuckerberg and Jack Dorsey if they have seen the show and the answer was, well, no.

Before the release of The Social Dilemma, many brands pulled out of advertising on Facebook as they did not take action against pages and groups who were promoting hate speech content during the #BlackLivesMatter movement.

Google, Facebook, and Twitter have been a long part of spreading misinformation through their user base. Lack of regulation around social media allows its users to do so. Will these giants be regulated? Time shall tell.

This article is contributed by Idris Shabbir: Idris is a nature lover, cycling enthusiast, and a passionate writer (on almost any topic). When he is not doing any of this, he will be probably watching a TV show or movie.

Read this blog to find out about the common LinkedIn marketi...

Mimi Nicklin, an empathetic influencer shares why most of th...

Learn about the top 5 SEO tools that can help you in keeping...

Your followers, network and business associates must like yo...

Read
Why we don't keep our New Year Resolution?

On every new year’s eve , we talk about taking resolutions....

Read
Social Validation in the Times of Social Distancing

Learn what is social validation in the times of this new nor...

Read
A Beginner’s Guide to Starting a Podcast

Podcasting is a new buzz in recent times. They are inspiring...

2021 is at your doorstep and we have witnessed various chang...

Read
10 Tips for Naming Your Start-Up

When you are planning to launch your start-up, there are a l...

Love yourself to Love Others

Read this another article from ‘Naheed Inspires’ series by N...